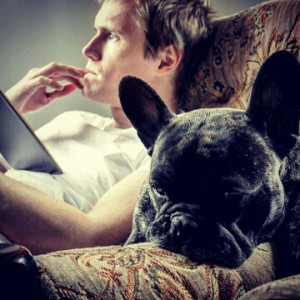 Origin:
Born in a small town of Nyköping where he did lots of things. Started working at his families repair shop but later joined the Air Force.
Then he studied media production and journalism at a University with emphasis on Radio and TV.
Took jobs working as a reporter/producer on national radio straight out of school. Went on to fiddle with international TV broadcasting and was involved in the childhood of HD streaming.
Has now been a producer of advertising/public relations for a couple of huge companies for almost ten years.
Started the YouTube channel “Lobbamobba” just for fun and to keep up the camera skills if they should ever become needed in the future.
After some moderate success the channel “Mattias Burling” was launched. 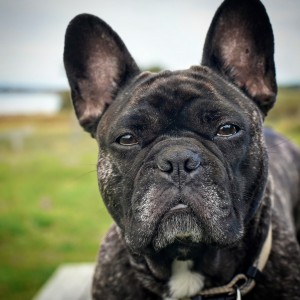 Origin:
During the same time as the You Tube channel “Lobbamobba” started Gunpowder came on board as the household pet and aspiring best friend. After some initial arguments regarding peeing on the office floor she quickly advanced within the organisation.
Not before long she had received executive status and quickly became the star of the channel.
Her stardom has lead to a commercial spot in the USA and a spot on public access down under.